The Antioch Dunes once comprised a unique dune ecosystem, with a multitude of plants and animals more characteristic of deserts of Southern California than of the surrounding Contra Costa County. Located along the south bank of the San Joaquin River, this dune system averaged 800 feet in width and reached heights of 100 feet or more, stretching along the river for approximately two miles. These dunes represented a biological “island” that harbored the northern extension of many desert plants and animals.
Established in 1980, the Antioch Dunes National Wildlife Refuge is the first national wildlife refuge specifically designated to protect endangered plants and insects. The refuge provides protection for three endangered species: Lange’s Metalmark Butterfly (Apodemia mormo langei), the Antioch Dunes Evening Primrose (Oenithera deltoids howellii), and the Contra Costa Wallflower (Erysimum capiatum angustamtum). In addition, the refuge provides a habitat for a diversity of native plants and animal species. The refuge and few acres surrounding the lands contain most of the remaining habitat for these three species and are all that remain of a nine-kilometer stretch of ancient sand dunes. The Antioch Dunes located along the southern edge of the San Joaquin River in Antioch, California. 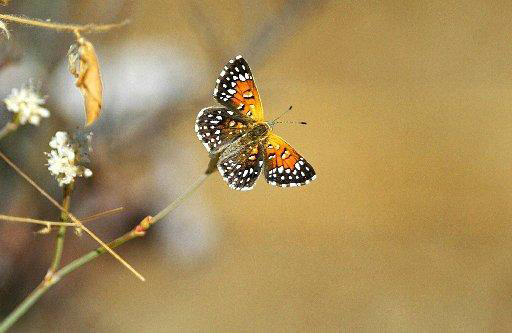 Discovered in 1933, the Lange’s Metalmark Butterfly only natural habitat is in the Antioch Dunes. The lifespan of the Lange’s Metalmark Butterfly is about a year, most of which spent as an egg, a larva or a pupa. Each butterfly’s life begins as a tiny egg, which is laid in late summer on withering leaves at the base of a naked buckwheat plant. The butterfly only spends about 1 week as an adult before passing way. During this time, the butterfly finds a mate, seeks nectar from either the buckwheat or from other flowing plants, and flutters around the buckwheat. Degradation and loss of habitat due to development, the mining of sand for bricks, and the invasion of non-native plants were the primary contributors for the Lange’s metalmark butterfly decline in population. Each year the U.S Fish and Wildlife Service does a count each week to calculator the number of butterflies that are located in the Dunes. The population has rapidly declined over the past few years. In 2018, there were only 20 butterflies observed total over the month count period. 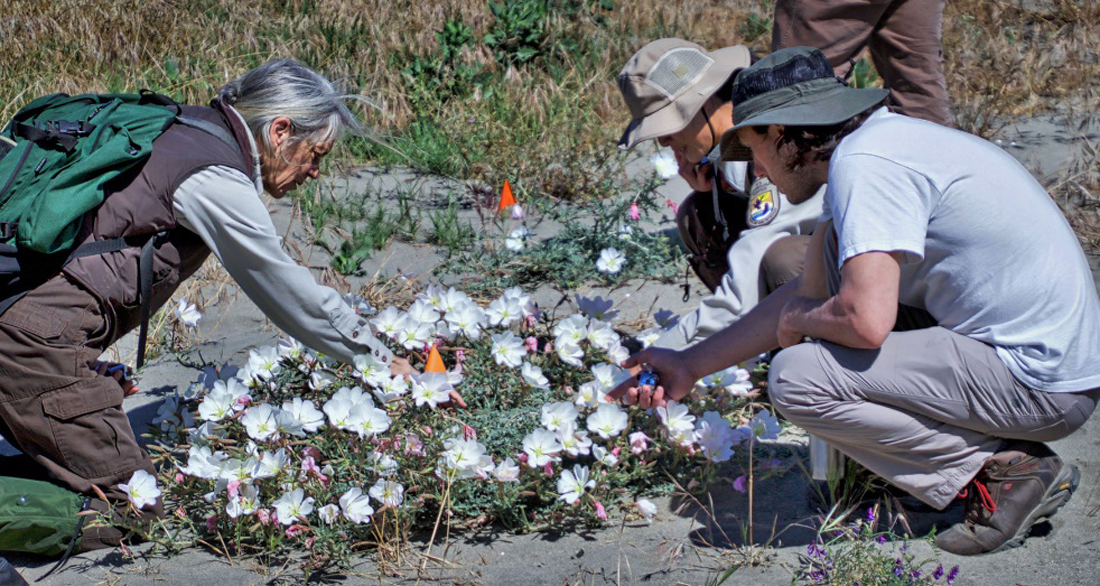 The Antioch Dunes Evening primrose is a short lived perennial plant that produces a brilliant white flower. The flowers can be seen in April and May when they open during the daylight and evening hours. As summer approaches and the temperatures rise, the plants began to dry up. By early August, the plants have dozens of seed pods, each pod producing hundreds of seeds. As the plants continue to dry the pods pop open, springing their seeds out onto sandy soils. It was this way until the early 1900s, 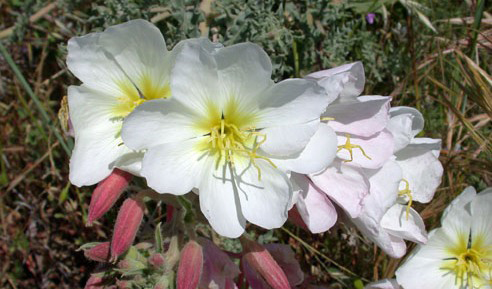 when the Dunes began to experience a dramatic change. the easily accessible sand, necessary for the primrose and other desert plants and animals, begin to disappear. San mining started on a small scale when two brickyards opened in the late 1800s. Many of the bricks made at those brickyards would later help to rebuild San Francisco after the 1906 earthquake. Today, the biggest threat to the primrose is nonnative weed encroachment. The lack of suitable pollinators is also believed to play a role in low seed production. 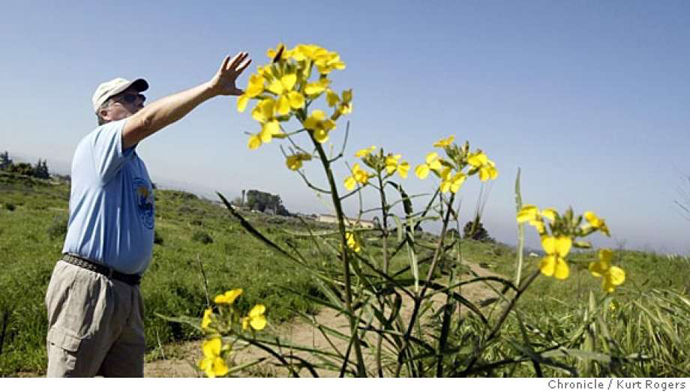 Little is known about the reproductive phenology of the wallflower. Germination may occur in October, while flowering begins in March, peaking in April or May. A variety of different insect species have been observed visiting the plant and carrying pollen away with them. Seeds are wind dispersed beginning in mid-May and peaking in September. Unlike other Brassicaceae, which are typically pollinated by specialized insects, the wallflower does not require a specific pollinator. Although the wallflower is endangered, it has been doing fairly well on the refuge, propagating on its own. After the wallflower was planted in 1995, on dunes created in 1992 and 1993, it was self-propagating until nonnative weeds began to invade. Other than limited available habitat (wallflower seems to prefer north-facing slopes at the Refuge), nonnative weeds pose the only apparent significant threat to the wallflower.