The Corteva Wetlands Preserve is 471 acres of undeveloped land between the Antioch Marina and Dow Chemical plant in Pittsburg near the Delta. The Wetlands features miles of trails, observation decks, benches, and beautiful views of the Delta. In 1989, Dow purchased this land from the U.S. Steel Corporation for $11 million as an environmental buffer zone to prevent development and an increase in population density near to their plant. 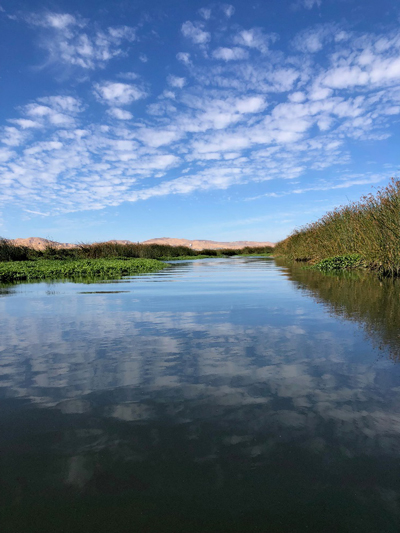 The Corteva Wetlands Preserve is made up of 471 acres of undeveloped land, of which include a 172 acres of freshwater and brackish tidal marsh, a 30-acre beaver pond, freshwater ponds, open water, mudflats, riparian zones, uplands and grasslands. The 30-acre beaver pond is home to beavers, river otters, minks and a variety of water birds. The beavers and otters have created waterways throughout the marshlands, which allow them to easily transport food and building materials. The Wetlands is also home to endangered wildlife and plant species, such as the Salt Marsh Harvest Mouse.  Lilaeopsis Masonii, a small perennial flowering herb and a member of the carrot family, and the Suisun Marsh Aster, a perennial herb endemic to the marshes of Sacramento-San Joaquin River Delta. Additionally, over 130 species of birds have been sighted within the Wetland Preserve. Two threatened bird species the Black Shouldered Kites and Northern Harrier, are known to live within the Wetlands.

In California, tideland marshes and wetlands are particularly vulnerable to the pressure of development. On Earth Day, 1990, Dow Chemical dedicated over 200 acres of its total property as the Corteva Wetlands Preserve. Each year, the Wetland Environmental Team, consisting of, community members, retirees, and Dow employees, determines the enhancements and restoration efforts it pursues on the site. Native species in the form of trees, shrubs, and wildflowers are planted routinely. A windmill pumps water to native oak trees and a bird forage field yields crops of sunflowers, barley, and corn to attract additional wildlife. Habitat enhancement, wildlife monitoring, and nesting site improvements for migrating birds is a team focus. Dow is partnered with Lindsey Wildlife Museum, Earth Team, and Los Medanos College, all of which help to support the preservation of the Wetland for future generations.